Freshman pitcher Mason Schimmel made Clackamas Community College baseball history April 18 against Clark Community College. Facing 25 batters in the seven inning game, Schimmel walked three, but Clark only recorded one hit the entire game, which is called a one-hitter by the baseball community.

Head Coach Jim Hoppel wasn’t sure when, if ever, the last one-hitter was thrown for Clackamas, but said there hasn’t been one since he joined the Clackamas staff 15 years ago.

Five days later Schimmel did something even more spectacular, throwing another one-hitter in his next start against Mt. Hood Community College on Monday.

Schimmel has had a lot of success in baseball, throwing nine no-hitters in high school, and perhaps the two one-hitters are an indicator of the force he can be at the college level. Hoppel liked the composure Schimmel showed during the one-hitter against Clark.

“[Schimmel] pitched a great game,” Hoppel said. “You don’t give up one hit in this league very often. [Schimmel] got into trouble a couple innings, but he kept the ball down and got out of it.”

This performance against Clark is a far cry from the last time Schimmel faced Clark on April 3, when he left the game after just three innings pitched and the Cougars trailed 4-0.

Schimmel faced 24 batters before Clark’s sophomore outfielder Ben Wagner hit a single to break up the no-hitter, although not everyone agrees that Wagner’s hit was actually a hit.

“Really, it was probably a no-hitter,” Hoppel said. “We made an error to cost the game, but [Clark’s] coach didn’t want to make the call.”

Wagner was thrown out trying to steal second base to end the game and Schimmel clinched his third win of the season, 5-0.

“We knew [Schimmel] had it in him,” sophomore catcher Brayden Bafaro said. “He did a great job keeping the ball down and mixing up his pitches and [Clark] just couldn’t touch him.”

On Monday, Schimmel got his first start on the mound since throwing the one-hitter against Clark. Facing Mt. Hood, Schimmel gave up a hit after facing just one batter, but that was it. Schimmel struckout seven, and walked two on his way to his second of back-to-back one-hitters leading Clackamas to a 3-0 lead. Schimmel couldn’t help but smile at his recent success.

“It feels amazing,” said Schimmel. “I’m working on new things and being funky with what I have.”

With the win, Clackamas improves to 15-16 overall and 10-9 in league. Schimmel improves to 4-2 on the season and said his next goal is to throw an official no-hitter. 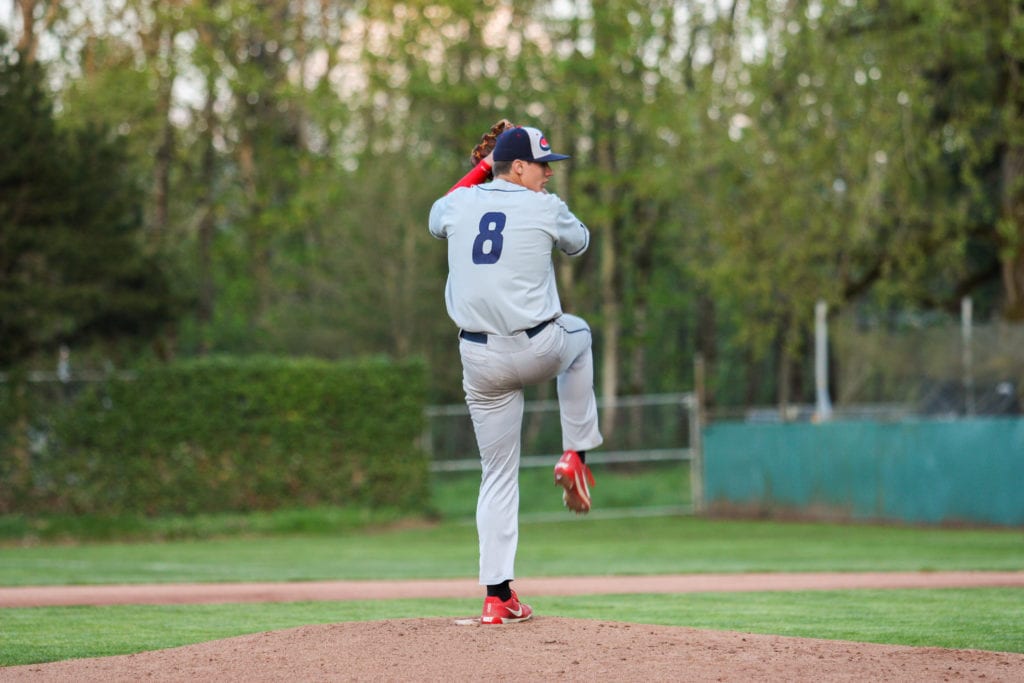