Sherwood Ice Arena offers a place to skate for all ages 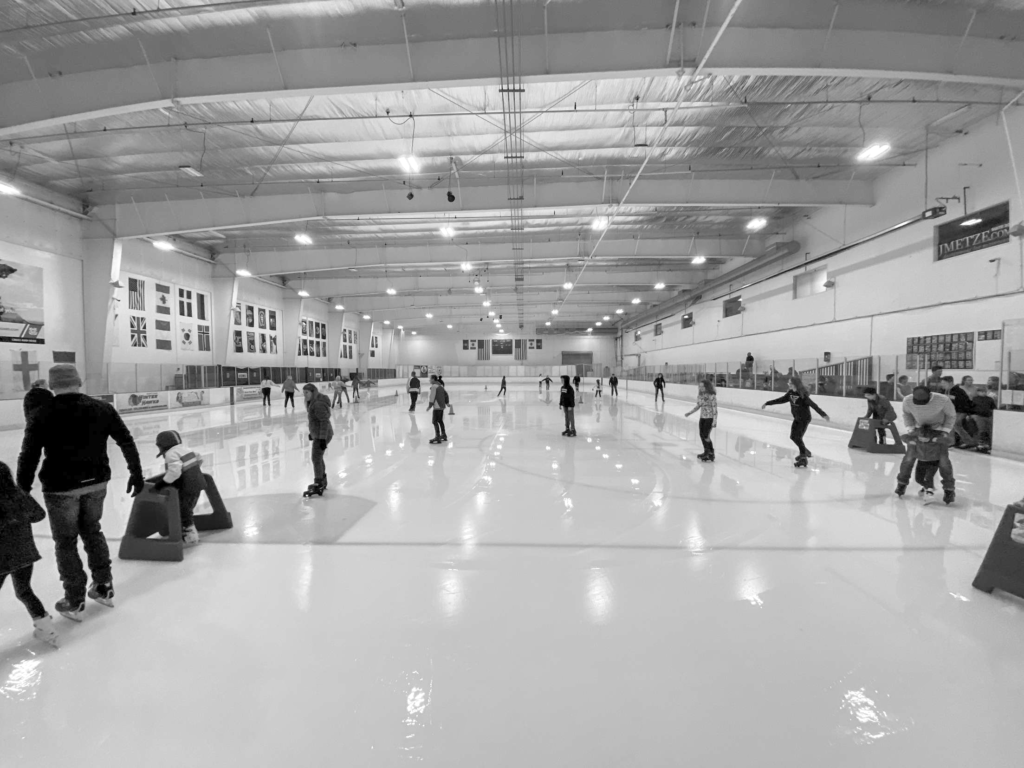 Despite the lack of cold weather, let alone snow and ice, the holidays are quickly approaching and so are the festivities. One fun pastime you can count on when the weather isn’t cooperating is ice skating, thanks to indoor arenas. Sherwood Ice Arena, located on 20407 SW Borchers Dr., is an indoor skating arena that hosts all kinds of events, including recreational skating for when you’re in a festive mood.

Eric Majors, the operating manager at Sherwood Ice Arena, and employee of more than 10 years said, “We have all sorts of events, on an average week we mostly have: public skating, figure skating, learn to skate classes, learn to play hockey, pick-up hockey and we have adult recreational hockey leagues in the evenings and on the weekends.”

If you’re just looking to skate for the thrill and not the skill, they offer public skating times that are only $9 for admission and $3 for skate rentals, totaling $12.

“Our public skating times don’t change, with some limited exceptions,” Majors said. “During the winter break from school, we usually add additional sessions to accommodate the increase in demand for public skating.”

The open public times range depending on the day of the week, with Friday having the most options including a “Disco Skate” from 7:30 p.m. to 9:10 p.m.

“Typically, the busiest days for public skating would be Friday nights, and then Saturday and Sunday afternoons,” said Majors. “We do offer some weekday morning and afternoon sessions that are usually aren’t very busy.”

If you’re interested in improving your skills on the ice, “We offer classes for all ages and ability levels,” Majors said. “Our classes are offered year-round and the cost is about $12 per class. There is a $18 annual membership fee too.”

Elise McMahon is a former competitive figure skater who used to work and practice at Sherwood Ice Arena. She has competed in regional figure skating competitions in both Oregon and Washington, receiving first place at a competition in Seattle in 2015 and competing her first qualifying season in 2016 in Wenatchee, WA.

“I think the Sherwood community was super supportive and it felt like I could train hard and still be friends with my competitors,” McMahon said. “I haven’t been back really for two years, but when I was there it was awesome. The coaching staff were super friendly and it was just an awesome community for beginner and advanced skaters.”

Aside from competitive skaters, the general public can enjoy the atmosphere of the Sherwood Ice Arena too.

“This is my first time here, and first time ice skating. I’m having a blast, and have yet to fall,” Jon Whitney, a skater at the Sherwood Ice Arena said while chuckling. “I didn’t think I’d like a room full of ice but I’m actually having a lot of fun and would probably recommend this place to my friends and family, for sure.”

Ice skating is a viable option for college students, regardless of age and income; you can bring one friend, you can bring four, or you can bring the whole family. If you want to find public skating session times, you can checkout Sherwood Ice Arena’s website at www.sherwoodicearena.com.