Soccer wins for first time in over a year 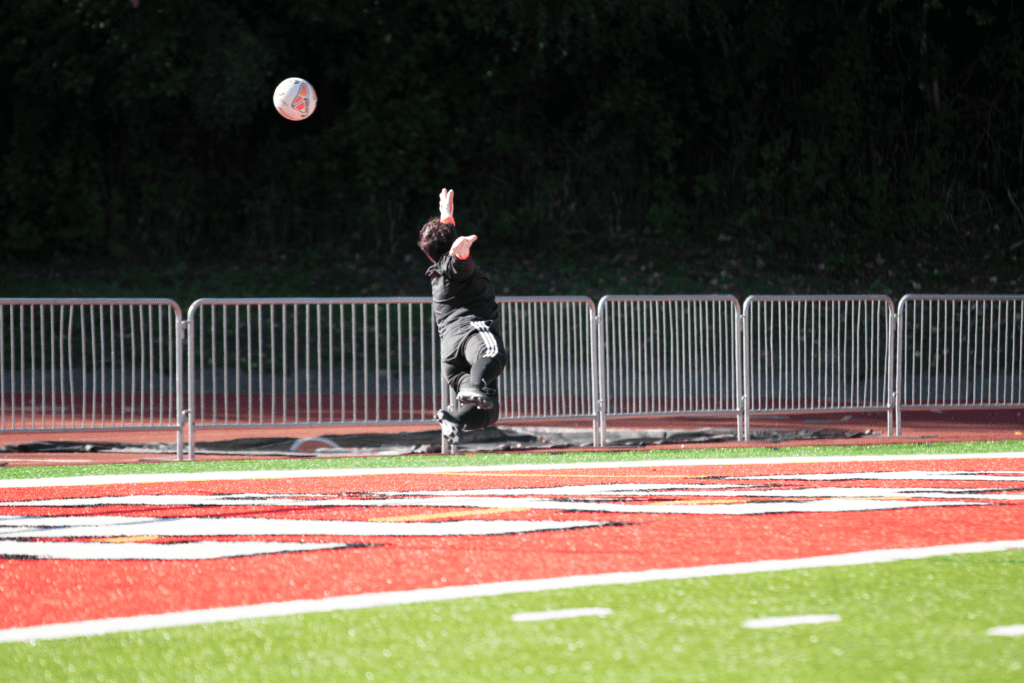 It had been 393 days since their last win. Clackamas Community College’s women’s soccer team finally tasted victory, defeating Chemeketa 2-1 on Oct. 11. The last time the Cougars won a game was also against Chemeketa, defeating the storm 2-1.

Through the first half of the season, the Cougars defense has allowed 26 goals and the offense has scored a total of 7. Three of these goals resulted in ties against Chemeketa (2-2) and SW Oregon (1-1.) Clackamas has averaged 0.7 goals per game, with a shot percentage of .179%. Their shots per game average is at 3.9.

With a new influx of freshmen and only five remaining sophomores, freshman goalkeeper Lupe Calderon said transitioning into college level game play is, “Very different from playing outside clubs. It’s a lot more work to do, and it’s much more mental.”

“[The freshmen] changed a lot about our team, especially coming from last year. I feel like they improved our team physically and mentally. Bringing them in helped us click a little bit better,” said sophomore defense Landy Williams.

Team chemistry is something Cougar soccer said they struggled with last year until the end of the season. Only halfway through this year’s season, Williams said it is already increasingly better.

“[Our team’s been] really great. This year’s a lot better than last year. They’re a good time, and with the chemistry we have it makes the rollercoaster [of this season] a lot better,” she said.

While teamwork is integral in any team sport, it’s not enough to win. Each player has their own improvements they want to make as well.

“Personally I need to try and talk more and try to pick everyone else up. I need to improve myself so my improvement can help everyone else,” Williams said.

“I have to work on my angle saves, getting up there, trying to ‘fly,’” Calderon said. “We’ve had a rough season, but I think with getting together and playing more together as a team… we can make it better.”

Williams touched on the same topic, “As a team we need to work together a little bit more, especially on our offense. I think we do really well and we get the concepts it’s just showing it on the field,” she said.

In order to finish off the season better than their standing last year, Calderon said, “We’ve done a pretty good job communicating but we could also do a lot more and play more on our feet to the ball.”

The team has high hopes for the remaining part of the season as they face off with Lane on Oct. 16 in Eugene, along with playing Rogue and Clark away. Their final home game is Wednesday, Oct. 23 against SW Oregon at 1 p.m. at Pioneer Memorial Stadium.