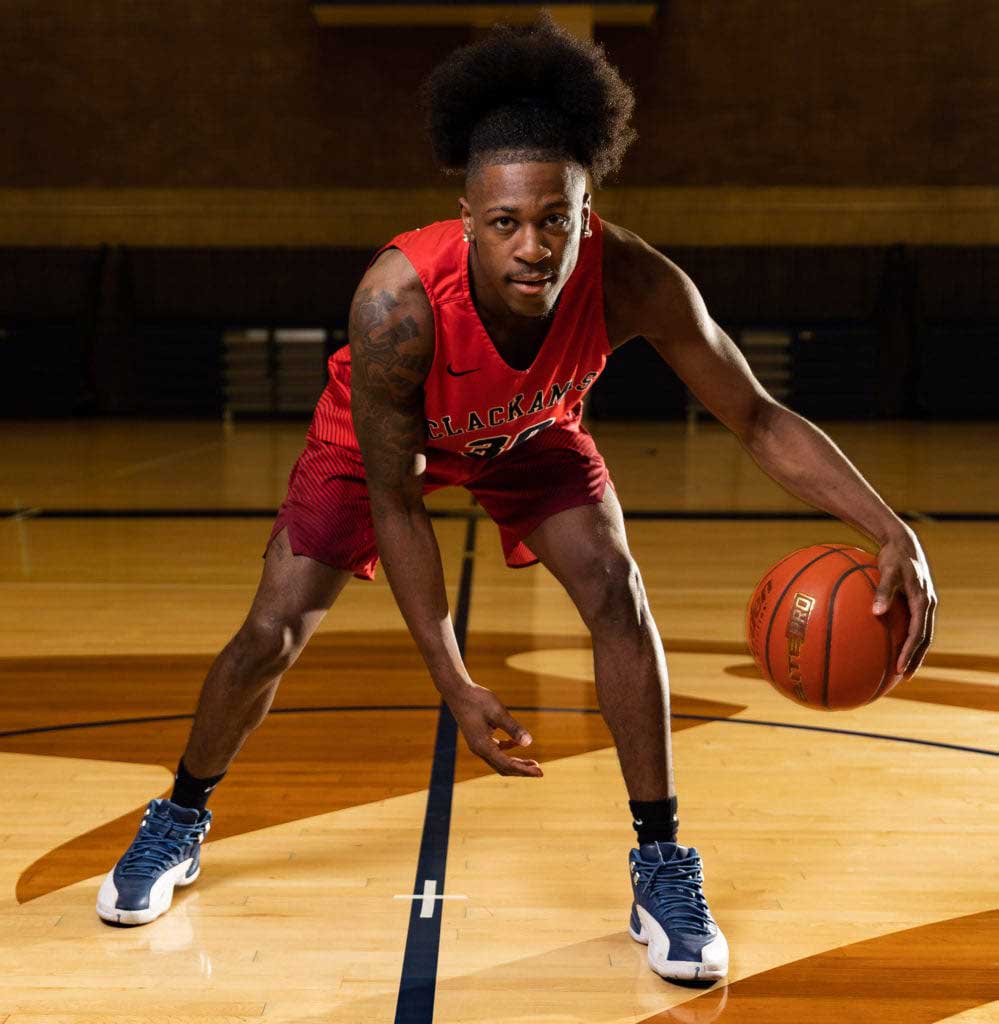 On April 27, Sophomore Kwan Carter was awarded Conference Player of the Week by the Northwest Athletic Conference for Men’s Basketball.

During the two games he played this week, Carter averaged 18 points, eight rebounds, one steal, and one block per game.

Carter began playing basketball in second grade. He became interested in the sport when he, his  older brother, and some friends would play basketball after school. “We had a friend up the street from us who had an outside basketball court,” Carter said. “[My brother] was out there with him everyday and I became a tag along.”

Before playing for Clackamas Community College, Carter played on the Western High Schools’ men’s basketball team in Las Vegas for all four years.

Due to COVID-19, the basketball team has not been able to practice and play like they have in the past. Players have been split into groups of three to practice in, in order to limit contact with each other. This has impacted the team’s chemistry. “It was difficult trying to get to know each other as teammates,” Carter said.

Before COVID, the team would have been able to play up to 30 games, counting if they were to continue onto the NY Tournament. Now, the team will only be able to play 13.

Carter’s main goal this season has been to focus on becoming a better defensive player. Last season, Carter said he was not always trying his hardest. Now, he wants to go above and beyond all expectations. He is aiming to become the Defensive Player of the Year. “I want to be Defensive Player of the Year, so I preach that a lot to myself,” he said.

Carter found out he had won the Player of the Week award through a post on Instagram, and was ecstatic to find out he had won. “Every week I would check [the site] just to see if I could see my name… [When I saw it] I was like, it’s not real.”

One of Carter’s favorite things about being on the team is the feeling of community. “We pride ourselves on being a team… and being a family goes along with that,” he said.

When playing against Lane Community College, Carter says this game was the teams highest point in their season. “The chemistry was down, we were making shots, everybody was being defensively sound,” he said. “It just felt like basketball all over again.”

Next year, Carter plans on playing basketball for another school, but is unsure what school he will attend.

Hailey Reeves is the web editor here on The Print. She is from Portland and this is her third term at CCC, after transferring from Western Oregon. Her biggest passion is sports photography, primarily shooting soccer games. Being from Oregon, Hailey enjoys and desires to spend more time outdoors. When she isn't in school, she works as a concierge at a condo building.