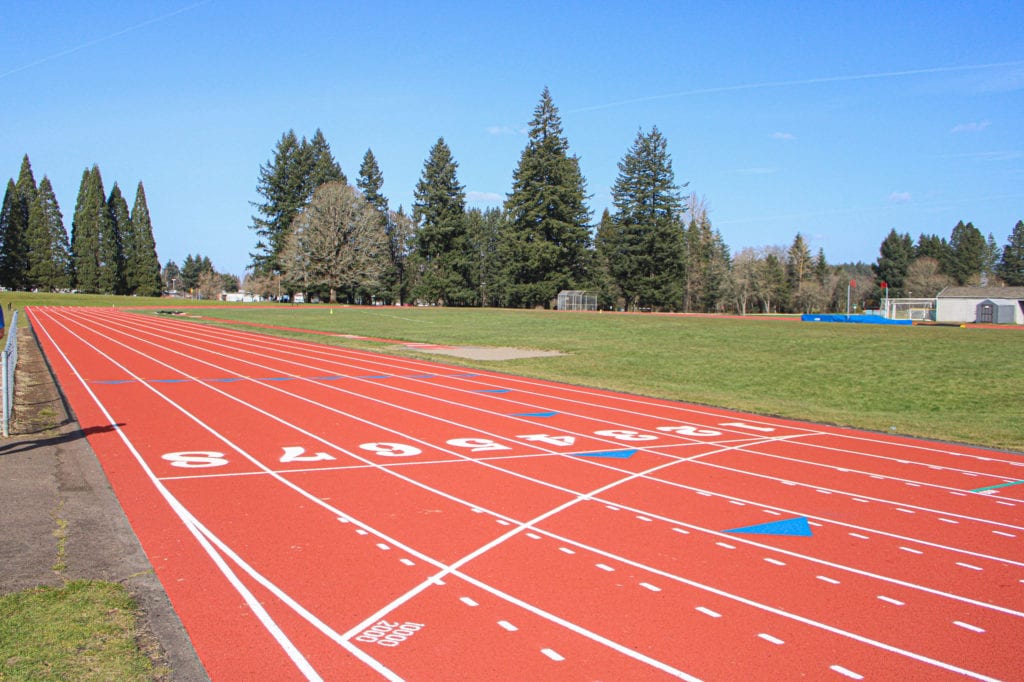 One of the largest effects COVID-19 has had on Clackamas Community College was not only cancelling in-person classes, but also all spring sports for their entire season.

Jim Martineau, Director of Health/PE/Athletics said in an email, “[that] the NWAC conference first suspended and then cancelled all spring sports.”

NWAC called it off on March 16, only five days before track and field was set to debut their newly-finished track at a meet hosted at CCC.

There were plenty of things to be excited for this spring season, according to several spring sport athletes.

Sophomore catcher for baseball, Zach Montero, said via text, “I was looking forward to playing with some of my best friends and hopeful in making a playoff run.”

James Hoppel, the head baseball coach, wrote in an email, “We were going to be a very young team this year, only 6 sophomores, so the goal was to get the freshman ready to compete at this level early, and get the starters as many innings as possible before league started. Our pitching staff was really coming into place and thought they would have done a great job of putting us in position to win games.”

Baseball, track and field, and softball had already started pre-season training and games/meets when they were hit with the disappointing news.

Montero said, “it was very tough [when the season was cancelled]. It was like this disease was taking part of your life that you’ve worked so hard for and dedicated your life to.”

Hoppel said, “as for having the complete season cancelled was obviously hard for everyone, not just us but all the teams. The guys had been working very hard and everyone was ready to start the season.”

Being an athlete from out of state is especially tough, sophomore Trent DiGiulio, a track decathlon competitor, said over text, “[the season being cancelled] definitely hurt me because I came from Las Vegas just to come here for track. It just stripped all my goals to have as an athlete.”

Despite the sad ending to a season that had never officially began, the athletes have remained in contact with their coaches and have continued to exercise to the best of their ability.

“I have been sending out text on the group chat and making sure everyone is staying healthy and safe,” Hoppel said. “Continuing doing what they can to be prepared for next fall, running, exercising and whatever they need to do to stay in shape.”

Braukmiller said, “I am doing my best to stay fit with bodyweight workouts and running. My pitching coach has also given me specific things to work on to better my mechanics as a pitcher.”

“Even though the season got cancelled, me and the other kids on the team are trying our best to stay in shape and restart, “ said Montero. “We’re continuing to workout outside of a weight room and find empty cages to hit in.”

The question that still stands is whether or not these athletes will be losing a year of eligibility.

According to Martineau, “All spring sport athletes who participated before the cancellation will get their year of eligibility back.”

Martineau also noted that none of the athletes lost their tuition waivers due to the cancellation of the season.

Through the uncertainty and hardships that the COVID-19 virus has wrought on us all, but nevertheless CCC’s spring athletes have continued to push through.

“Having our season end just as it started was very heartbreaking because we had put in months of work and practice for the season together,” said Braukmiller. “However, we are still a family and it’s comforting that we’re all in it together. We can learn a lot from what happened about appreciating the sport and bettering ourselves before we return to the game!”