Starting out slow, but hopeful 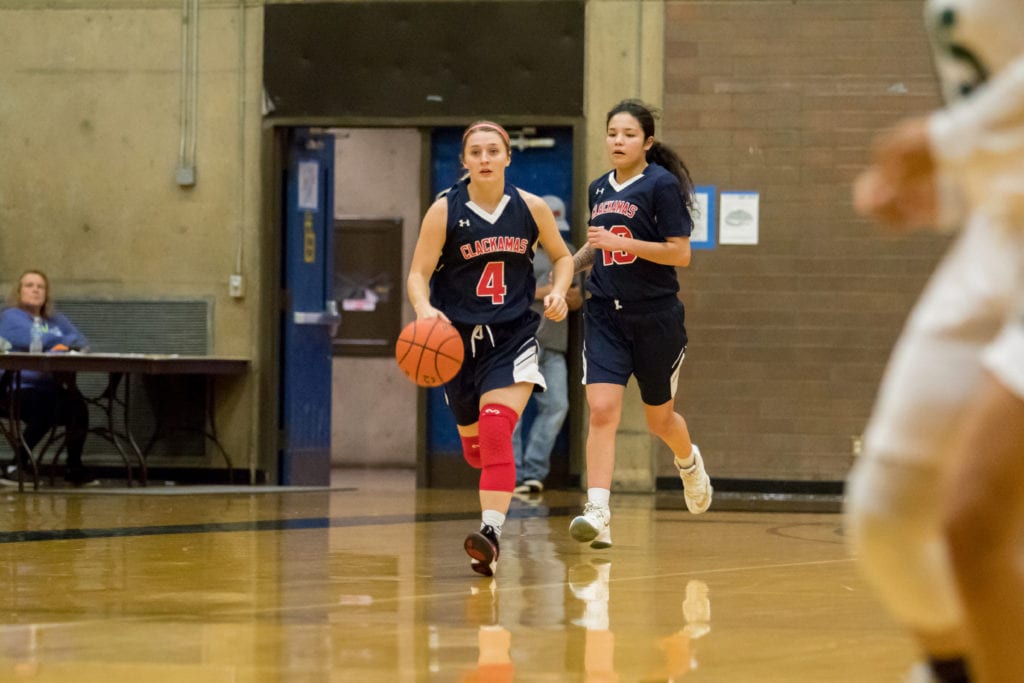 “All in all I think it was a decent weekend, but I don’t like being 1-2 obviously,” head coach Jim Martineau said. “The SWOCC loss is probably the bad loss of the weekend just because we didn’t play very well.”

In the loss against SWOCC, the Cougars shot 22.1 percent from the field and despite taking 50 three-pointers, only made seven.

Sophomore guard CJ Buckley led the Cougars in scoring with 18, shooting 7-25 from the field.

Clackamas got their first win of the season on Nov. 24, defeating Pierce College 103-77. The Cougars went 35-77 from the field and freshman guard Ambreece Gaskins led the way for Clackamas with 32 points. 24 of Gaskins 32 points were scored beyond the three point arc.

“It’s nice to get in rhythm and that’s what I think that night was,” Gaskins said on Nov. 25.

Clackamas and Umpqua battled back and forth in the final game of the Thanksgiving tournament on Nov. 25. After trailing 3-0, the Cougars didn’t trail again until the third quarter when Umpqua gained a 57-55 lead with 9:08 remaining in the quarter. The Cougars and River Hawks traded baskets before Clackamas was able to pull away and end the third quarter up 85-76.

In the fourth quarter, Clackamas decided to stop using their full-court press and it’s something Martineau regretted after the game.

“If I had it do over this game we probably would’ve stuck with [the press] in the second half,” Martineau said. “I’m kind of kicking myself that we got out of it. We got some stops, it was still a close game, but I would’ve liked to see what it would’ve looked like at the end if we kept the press on.”

Despite the rough start to the season, Martineau is optimistic about what this team can accomplish.

“I like [these players] and we’re going to get better, too,” Martineau said. “They’re brand new. We only got four back of the 12 [players from last year]. Lots of new people on the floor and we’re running some new stuff too so it’s going to be a little bit of a learning curve early and we’re going to take our thumps this preseason. But by the time we get into league, I think we’re going to be fine.”

The Cougars are going to look to press on defense and run and shoot on offense according to freshman post Landy Williams.

“We’re going to be pressing and keeping a high-tempo,” Williams said. “We love the energy and we love getting up and down the court. It’s going to be a thing that everybody sees a lot.

Besides new players, Clackamas also added a new assistant coach this off-season with the hiring of Kurt Guelsdorf. Guelsdorf coached at Oregon City High School for 15 years, compiling a record of 451-123, winning state titles in 2004, 2009 and 2014 and ranking eighth on the all-time wins list in Oregon. Guelsdorf is enjoying the transition to the college ranks.

“It’s been awesome, it’s been really fun,” Guelsdorf said. “[Martineau]’s been awesome to work with and I couldn’t ask for a better guy to come work with every day. The kids have been great and now it’s just a matter of figuring out between him and I and the group what we can do well and what we need to work on.”