Super Bowl Sunday is right around the corner. Everyone who has the day off will likely be spending it around the TV watching the football game with friends and family and plenty of snacks to munch on.

This year the Super Bowl will feature the Carolina Panthers playing against the Denver Broncos. Whether or not you choose to watch the Super Bowl for the game itself or just to watch commercials or the halftime show, I think it’s a fair idea that everyone has a team they want to win. I am here to tell you how I think this football game will go and how each team will likely play.

Both teams enter into the Super Bowl as the No. 1 seeds from the playoff s. The Broncos ended the regular season with a 12-4 record, while the Panthers ended with a 15-1 record. This matchup brings together two of the top defenses in the NFL.

In this game, Peyton Manning, one of the league’s oldest quarterbacks, will face Cam Newton, who is making his first Super Bowl start in his young career.

Although Denver was the No. 1 seed in the AFC, most people are predicting Carolina to win. I feel as though Denver still has a very good chance.

Manning has had to endure one of his toughest seasons yet, and his inconsistencies have hurt the off ense at times. After starting the season 7-0 the Broncos ended the season winning only five of their last nine, barely holding on to the No. 1 seed with a tiebreaker.

After a strong playoff run, and taking down one of the favorites to win the Super Bowl, the Patriots, the Broncos look to forget about their embarrassment in Super Bowl XLVIII and make a strong statement.

The Panthers are coming off their best season in franchise history and so far have dominated their way through the playoffs. When the offense is running on all cylinders they’re nearly unstoppable, but they have faced trouble putting games away after building big leads.

The Panthers had to hit a gamewinning field goal against the Giants earlier in the season after blowing a 35-7 lead. Just a few weeks ago they had to recover an onside kick to prevent the Seahawks from tying the game after leading 31-0. Even though they have lost huge leads, they have still managed to win every game they’ve led at halftime.

I think this will be a good game. The Panthers have been very strong off ensively and are the favorites to win; however, look for Denver to force three and outs and force Carolina to settle for fi eld goals. One thing to note, though, is that so far this season, Carolina has beat some of the top defensive teams they’ve faced.

I think the main question is, how will Peyton Manning do? If Denver’s offensive line can protect Manning and their defense can stop Cam Newton, I think Denver has a real chance to win.

It’s nice to see two defensive teams battle it out, and I and everybody who isn’t a fan of these teams could agree that we want to see a close game.

If it is still a close game when Coldplay, Beyoncé and Bruno Mars rock out at the halftime show I think everyone will be happy. 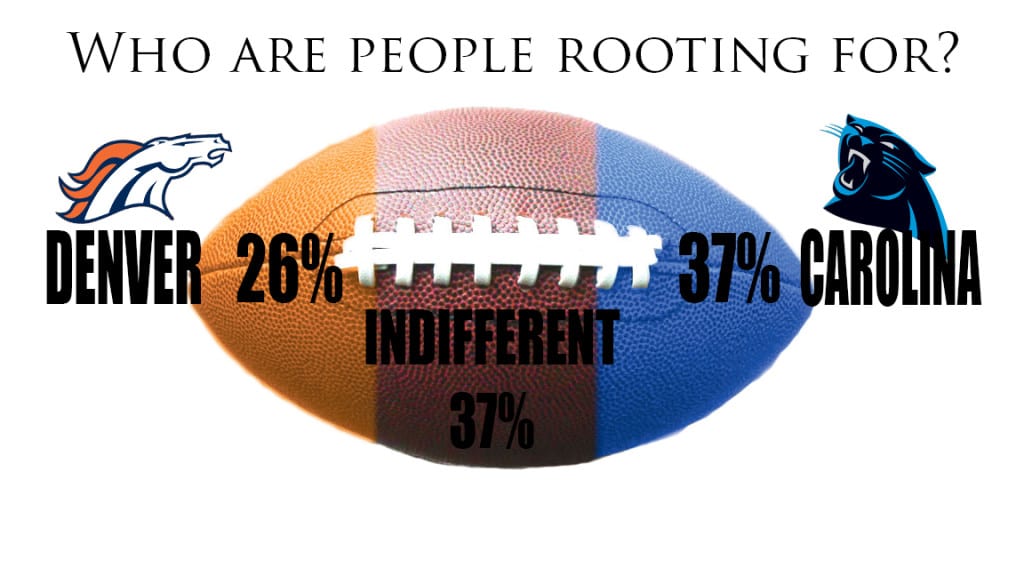