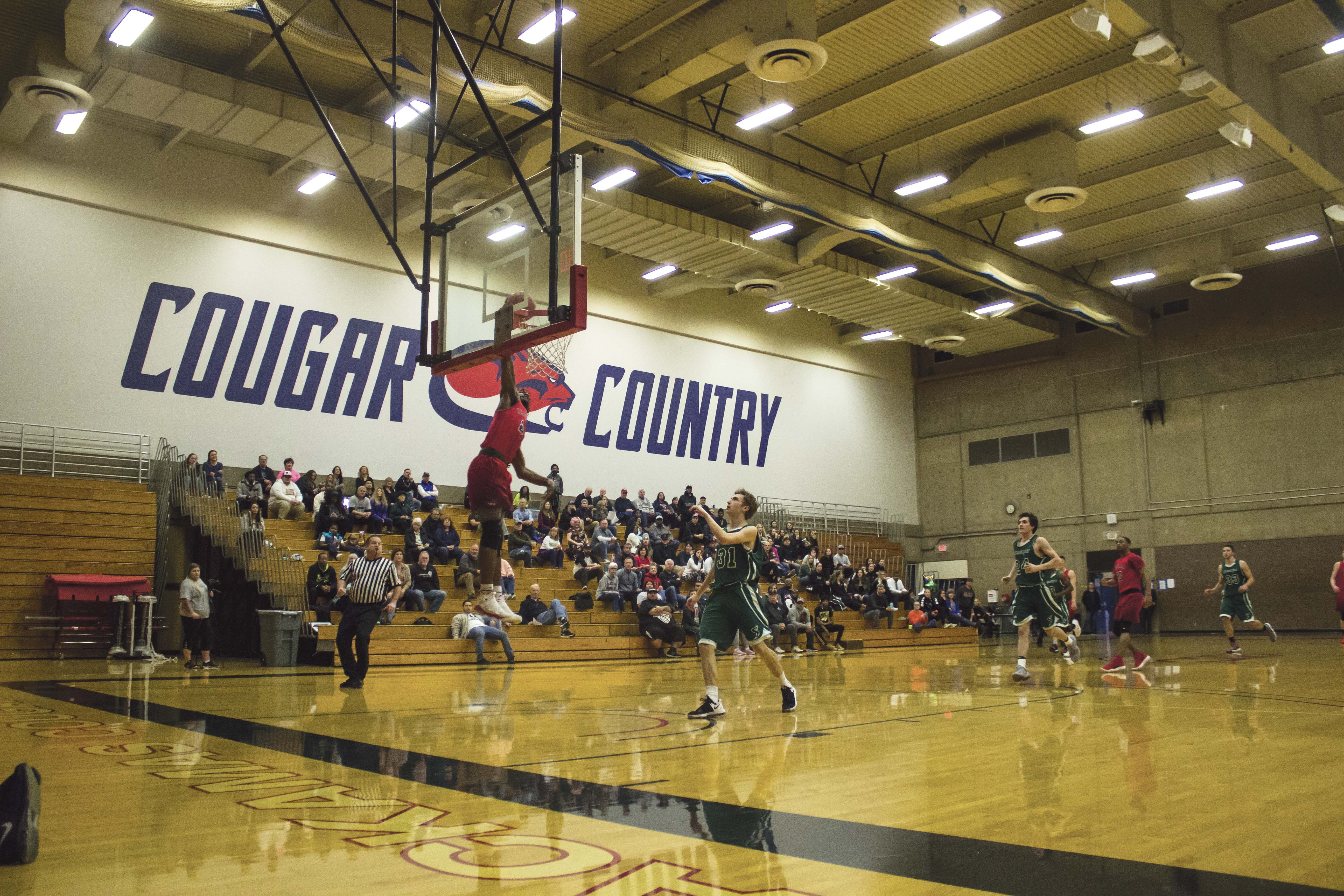 AFTER MISSING THE PLAYOFFS LAST SEASON, CCC’S MEN’S BASKETBALL IS BACK IN THE POSTSEASON

Despite losing six out of the last 10 games to end the regular season, Clackamas Community College’s men’s basketball team qualifies for the NWAC playoffs.

The Cougars were unable to beat Chemeketa Community College in the final home game of the season Saturday, falling 91-78, but clinched a third place finish in the south region and will play Peninsula College (9-5, 19-10) in the Sweet Sixteen round of the NWAC playoffs on March 10 in Everett.

The Cougars have been talking about the playoffs all year long and even though at times the hope of starting a new playoff appearance streak looked dim, Clackamas won the games they needed most.

“We recovered, came back and won two of our last three.” head coach Clif Wegner said. “I feel like the most important thing now is to get our guys healthy and be rested and fresh and go to the tournament ready to play our best basketball.”

The season started out slow for the Cougars, who were 4-5 through their first nine games, but then Clackamas won 10 of 11 games to end Jan. and it looked like the Clackamas might have a shot at winning the south region championship, but the Cougars struggled to close out games, and dropped four straight games and found themselves in fifth place, which would have left them out of the playoffs for the second straight year, but they kept grinding.

“They practiced hard everyday, and they stayed focused,” Wegner said. “They’ve worked hard to get here. They had a disappointing ending as freshmen going down to the last shot of the last game and not making the tournament. We were determined to get back to the NWAC tournament no matter what it took.” The Cougars defeated Umpqua Community College on Feb. 24 and it ended up being a very important win because Clackamas, Chemeketa, and Umpqua ended in a three-way tie for third place. The tie breaker is head-to-head-to-head record. Clackamas was 3-1 in games against Chemeketa (2-2) and Umpqua (1-3) and was awarded third place.

“I’m excited that we made it after not last year,” sophomore guard Nygil Carr said. “We just need to shake this loss off and get ready for [the playoffs].”