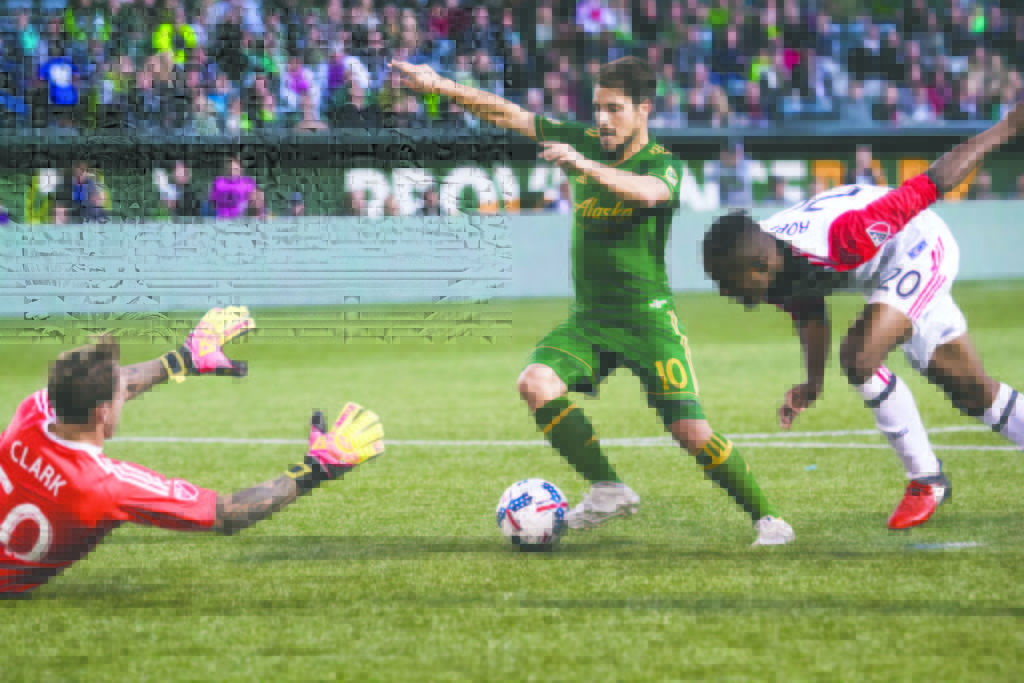 On Sunday, Oct. 15, the third place Portland Timbers played host to D.C. United in the second-to-last game of the regular season. As always, the Timbers played in front of a high energy and very enthusiastic crowd of 21,144 at Jeld-Wen Field.

Portland defeated D.C. in blowout fashion 4-0 and aided the United in achieving MLS history with the most scoreless games in a single season (17).

With this win the Timbers have officially punched their ticket to the MLS postseason and are looking to regain the MLS Cup. With a second championship win, the Timbers could join their sister team the Portland Thorns in a sweep of soccer gold. The Thorns were crowned the 2017 National Women’s Soccer League champions the night before and celebrated with a championship parade proceeding the Timbers win on Sunday. Mistakes hindered the potential of Portland lighting up the scoreboard in the first half of play. With 11 shots on goal including an uncontested attempt from Darren Mattocks in the 43rd minute that sailed over the goal, the Timbers offense felt relief when Mattocks drew a penalty kick in stoppage time. MVP candidate Diego Valeri stepped to the line for the free kick and drilled his 20th goal of the season to give the Timbers a 1-0 lead at the half.

Head coach Caleb Porter was proud of his team with what they’ve endured this season.

“Our guys showed a lot of composure and patience,” said Porter. “It wasn’t easy, it took us a while to pick the lock and get that first goal. Obviously in the second half we opened the floodgates.”

The second half picked up where the first left off for the Timbers.

In the 49th minute of play, defender Alvas Powell added to the lead, off of an assist from Valeri. The scoring did not stop there, just 10 minutes later Providence Park erupted following Portland’s third goal from Timber’s midfielder Sebastián Blanco that gave Valeri his second assist of the night.

After his performance against D.C., Valeri becomes the second player to have at least 20 goals and 10 assists in a year.

“I don’t even think there is enough time to do it justice with all the words you could say,” said Timbers goalkeeper Jeff Attinella. “He’s been a huge part. He’s a tremendous leader, he’s an amazing human being, he’s an amazing player and you just can’t even put into words what he has meant to the team.”

Porter said he enjoyed that much of the scoring in this game came from players working together as a team.

The scoring play of the night came in the 85th minute when Blanco left a trail of defenders on the field before dribbling around United goalkeeper Steve Clark for the fourth score of the night.

When asked which of his two goals he preferred, Blanco stated the first was a really good strike and the type of play you need in this time of the season to give him confidence going forward.

“The second one was just a little choppy, if you want to call it that,” said Blanco.

With its fair share of offensive plays the 4-0 match saw some bright defense highlighted by a diving save in the top right corner of the goal from Attinella.

Portland moves into second place going into their final game against the Vancouver Whitecaps on Oct. 22. Portland currently sits two points behind Vancouver. Which sets up an epic match between the two teams with the winner claiming the Cascadia Cup and will sit atop the Western Conference.