Touchdown back in time

Clackamas Community College at one point in time had a football team, but now it’s only a faint memory.

The team was fairly competitive against the teams they played, but according to articles in the Clackamas Print archive, the decision to abolish the program was due to the fact that the program struggled with recruiting, especially around a time when fewer and fewer full-time students enrolled at Clackamas

At the time, the abolishment of the program was not a popular opinion with the CCC students and athletes that were on the team. CCC lost commitments, and athletes who had been on the team expecting to be there another year were forced into a tough decision as to whether or not they should stay or scramble to find another school to play for.

The last time the Cougars ever hit the football field was more than 38 years ago in November 1977, where they defeated Treasure Valley 14-6.

The football funding deferred to other sports programs at CCC; of the 20 tuition waivers the football program had, 10 were dropped and the other 10 were given to other remaining sports. 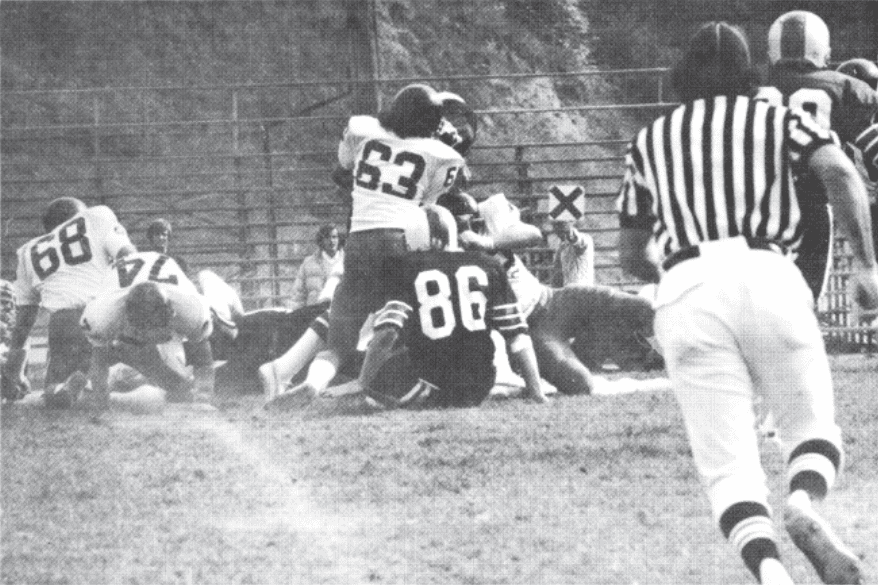 Photo by Larry Jackson of the 1976 Print – The CCC defense stuffs the Walla Walla offense during a game in 1976.