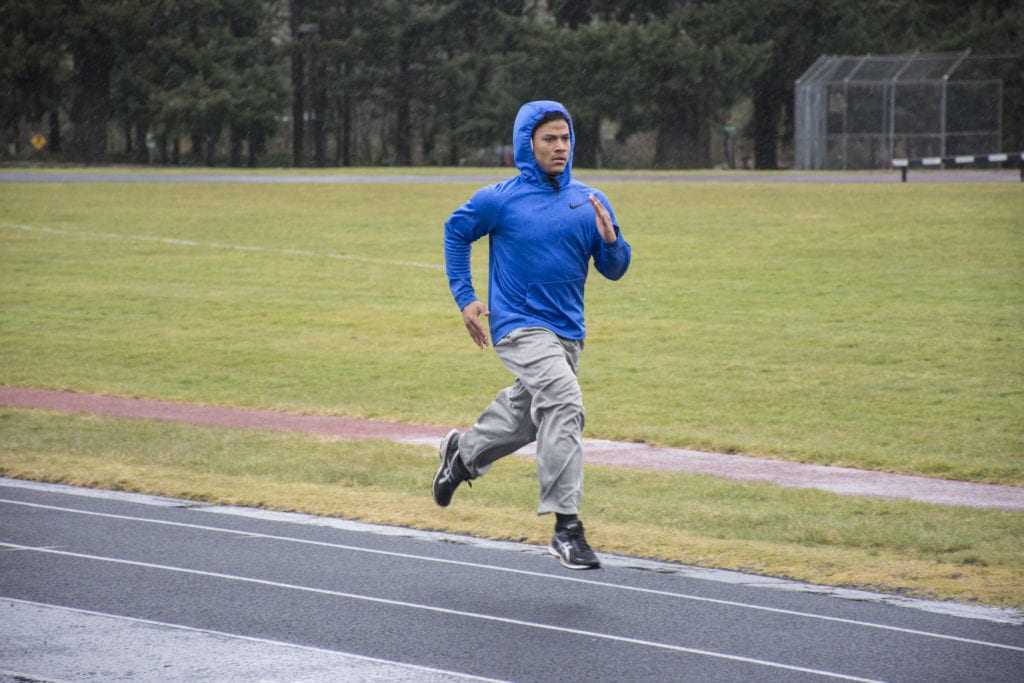 Springtime in Oregon can only mean one thing: track and field season is here!

The Clackamas Community College track and field team has a long competitive history, finishing in the top three for men’s and women’s in the NWAC and Southern Regionals for the past four years.

Head coach Keoni McHone has high expectations for the team this season.

“I’d like us to definitely be in the top three, I’d like to be in the hunt to win the NWAC,” said McHone.

Kilcup is returning for his second season with the team.

“Last season actually ended okay, but since I had to red-shirt it wasn’t the best season for me,” said Kilcup. “I ended up knowing where I need to be at in order to come back this year and to be able to compete.”

The team is also welcoming several new freshmen who will be looking to make an impact this season. First-year student Monica Wenlund is a hurdler and hopes to contribute to the success of the team.

“I just want to drop down my personal records and place in the top eight at NWACC,” said Wenlund.

The men and women kicked off the season at Linfield College on March 3-4, and Clackamas had a decent showing. The women finished second in the 4-x-100-meter relay, while the men finished second and third. Kilcup finished just outside of the podium with a fourth place in the men’s 100-meter dash. Wenlund finished fifth in the women’s 400-meter.

Over the next three months, the athletes will be busy with practices and meets nearly every weekend, culminating to the NWAC Championships held on May 22-23 at Mt. Hood Community College.

For a complete schedule of the 2017 track and field season, please visit: depts.clackamas.edu/athletics/Track/schedule.asp.