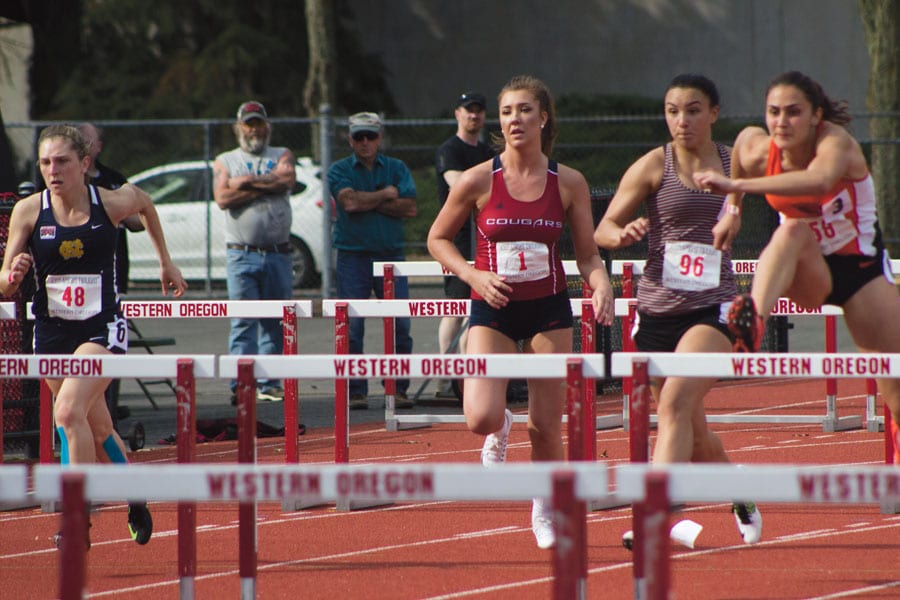 After a rainy winter, the sun came out in Oregon and the men’s and women’s Track and Field teams started to bloom.

Clackamas Community College runners and throwers team have a lot to look forward to this season. With only a handful of events, the bulk of the season is still to come as they move further into the season.

With 20 athletes on both the teams this season, head track coach Keoni McHone likes the way that the team has come along.

“The team got off to a slow start, but we are definitely getting into the swing of things,” McHone said. “We gave the athletes a few days of practice, but also a much needed rest period during spring break. The grind of winter term and finals can take a lot out of our athletes, so they definitely enjoyed the rest period.”

McHone also said that he was really excited to see some of the athletes who haven’t been competing in uniform or been banged up with injuries able to compete at Western Oregon University last Friday.

The preparation that the team has had so far this season is key to improvement as the season progresses.

Sophomore captain McKenna Gilstrap runs in the 200 meter, 4×100 relay, 100 meter, and throws hammer here at Clackamas. Most athletes normally have a pre-meal and a routine that they all like, however Gilstrap sticks with her own routine.

“I like to eat after I compete as I don’t feel that great when walking out to the blocks with food in my system,” Gilstrap said.“With only a few minutes between each heat, you mostly spend your time recovering.”

Hidalgo mentioned, “At the end of last season I felt like I peaked and want to continue from where I left off.”

Athletes this season have talked about how the team has bonded much better this season than last.

“Overall, we are like a family.” Hidalgo mentioned, “We are all spending more time together. Whether it’s traveling or hanging out. Everyone likes being around each other.”

The team looks to continue bonding and improving from where they left off on their last event each and every time they go to compete.

“I’m looking forward to seeing those athletes being able to compete”, McHone said, “and see how far they can push themselves.”

Last week at the John Knight Twilight at Western Oregon University, the Men’s track and field team took third place in the team standings out of 16 schools. 6.5 points out of second place Portland State University.

The Women’s team took fifth place out of 11 schools finishing only four points back of Willamette University for fourth place overall in the women’s team scores.

The next meet is scheduled to be at Pioneer Stadium here in Oregon City on Saturday, April 16. 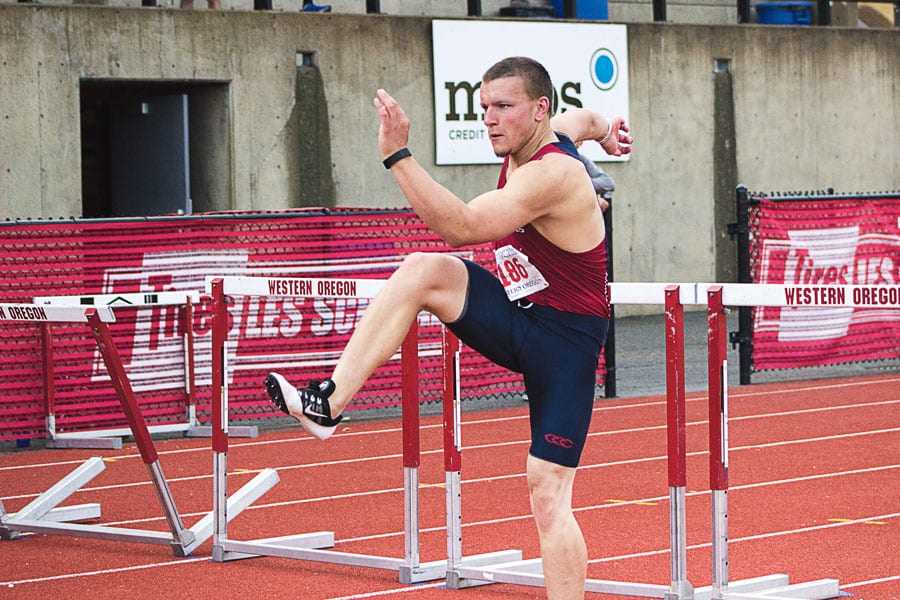