Track athletes were upset when they saw a distance coach giving a teammate extra practice.

“… It’s pretty obvious they are dating, and they have been dating all year long,” the email said. “I think it’s extremely unprofessional for a coach to date an athlete … I hope you do something about this Keoni, because this is just plain wrong.”

At Clackamas Community College, there is no policy against staff members having romantic relationships with students. Staff and student relationships have happened before at CCC with former political science instructor Dean Darris and a student, who he later married.

Music instructor Brian Rose first met his wife when she was taking one of his classes. She went on to become a tutor for the music theory program and Rose got to know her better. They are three weeks apart in age.

Several months after she had taken his class, Rose said he talked to his department chair to make sure it was okay if they began to date. He was told she was more of a staff member and she wasn’t his student anymore.

Rose thinks there is some danger when getting involved in those types of relationships. Rose thought it would be good to have a course for staff about the dangers of having romantic relationship with students and the potential outcomes.

“It just one of those areas that’s always been kind of hush-hush but we can’t be hush-hush about stuff, especially when it comes to relationships and things that have such volatile capabilities of getting out of hand or causing tremendous pain,” said Rose. “We’re not here to cause pain. We’re here to help people get going.”

More than one athlete complained about what they thought was happening during last year’s track season between Wasmund, then 27, and Kennedy Rufener, then 19. “On a personal standpoint, I don’t think his decision was necessarily wrong,” said sophomore runner Devin Sellers.

“As a coach, I feel like it was. I felt like that was a little unfair that he decided to make poor decisions while trying to coach a collegiate team.”

Becky Ponnay, a cross country and track athlete, told the Clackamas Print that athletes were told not to speak to the media about what happened with Wasmund. Wasmund’s yearlong contract was not renewed in 2015.

Athletic director Jim Martineau wouldn’t say why Wasmund’s contract was not renewed. McHone told Martineau that he did not want to bring Wasmund back as a coach because Wasmund wasn’t meeting up to his coaching duties, Martineau said. There was a conversation between the three of them and Wasmund handed in his keys.

“[Coaching] requires quite a bit and I don’t want to say anything negative from there,” said McHone.

Martineau said in the athletic world it’s an unwritten rule that coaches do not have relationships with their athletes while they are coaching them. Coaches need to be professional and need to coach their athletes.

“If someone was having an inappropriate relationship, we would ask them not to coach anymore,” said Martineau. “As an A.D. [athletic
director] you hope to make good decisions on the people we hire.” Wasmund and Rufener did not respond to repeated requests for interviews.

Both Wasmund and Rufener are no longer at CCC, but the issue of romance between staff and students remains in question.

With the Obama administration investigating the handling of sexual assault allegations at several colleges and the overall growing awareness of sexual assault, some colleges have chosen to tighten their policy on faculty and student romantic relationships. Title IX has also played a factor in these decisions.

In federally funded education programs, like Clackamas, Title IX prohibits discrimination on the basis of sex.

Last year, Harvard University banned faculty from having romantic or sexual relationships with their undergraduate students.

In 2003, University of California, Berkeley, decided to prohibit staff and student relationships after a scandal involving its law school dean the year before.

The women’s center at Northwestern University gives advice to students about dating their professors.

“The best time to date your professor, if at all, is after you have graduated from school,” their website states.

Unlike other colleges around Oregon, (see sidebar) CCC has a vague policy when it comes to faculty and student romantic relationships.

Patricia Anderson Wieck, the dean of human resources at Clackamas, said in an email that the college’s employment policy can be found in the employee handbook and on the college’s sexual respect website.

Wieck wrote that according to the employee handbook, “All employees are expected and required to treat each other, our students and our community in a courteous and respectful manner at all times.”

Wieck said there are guidelines and requirements in staff handbooks.

“If there were a report, or inappropriate conduct, it would be investigated and resolved/sanctioned accordingly,” said Wieck.

Since The Clackamas Print has raised questions about the college’s policy, board of education member Greg Chaimov said the board is looking into whether or not it would be good to have a policy guiding the relationships between students and staff.

“We have discussed generally how we hope the staff will interact with students and vice versa,” said Chaimov. “Our hope and expectation is that any relationship between staff and students will be respectful, cordial and productive in terms of helping the students become a better student and upon graduating, a better member of the community.” 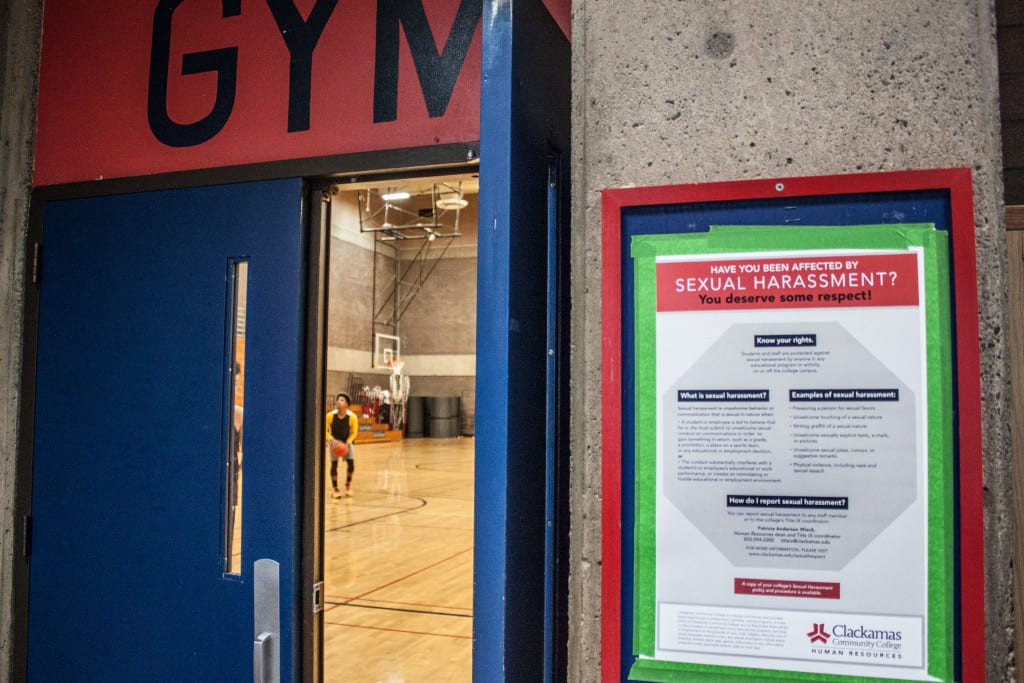 Starting this year, signs can be seen around campus to inform the CCC community about sexual harassment. 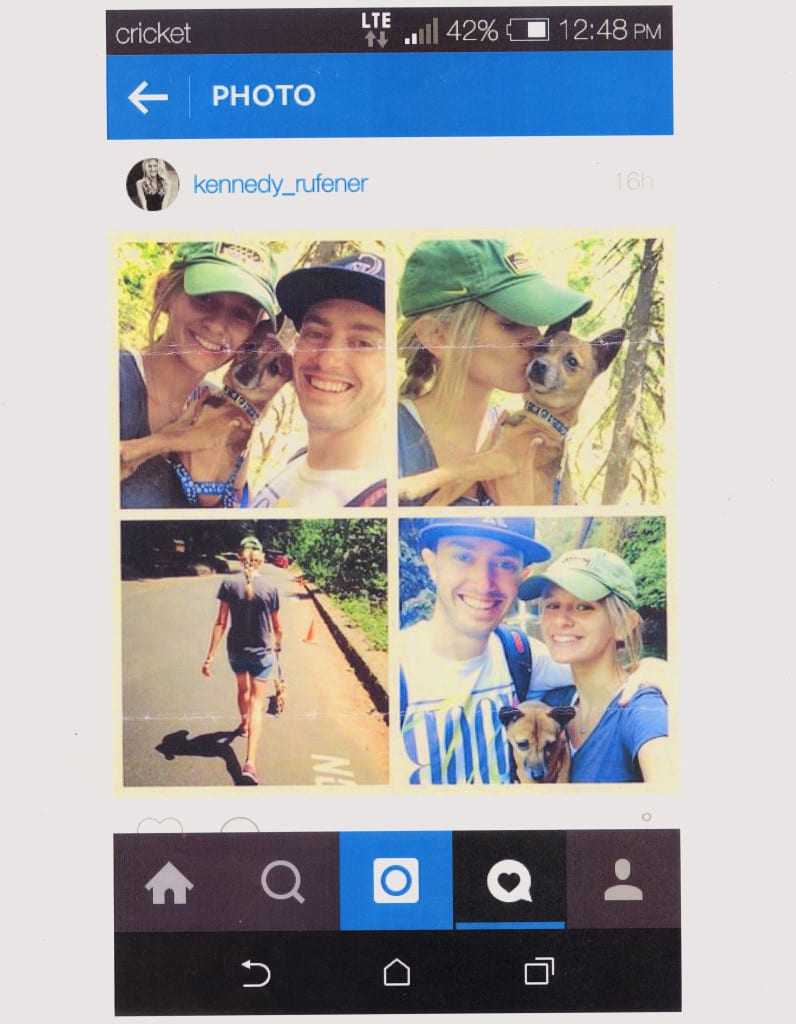 Staff and student relationship policies vary at other Oregon colleges

Portland State University’s policy states that it encourages individuals to avoid such relationships. They recognize that a relationship between a student and staff member could potentially result in favoritism or bias if the staff member is in a position of power over the student. The policy says that the adults engaging in a consensual relationship are responsible for disclosing their relationship immediately to their supervisors or to Human Resources or the Office of Academic Affairs. They also must work to make sure there are no conflicts of interest or adverse effects on third parties.

Consensual relationships involving a faculty member and a student are prohibited at Mt. Hood Community College where the faculty member has direct authority, influence or responsibility with regard to that student. The policy says that the person with authority could create an environment that diminishes the freedom of the other to alter or end the relationship. It also said that a consensual relationship could result in harm to a third party who is denied privileges that accrue to those who participate in the relationship.