Welcome to the Army

There is no place like home for a team. After going 1-2 on three road games, the Portland Timbers came home to Providence Park to host D.C. United for a Wednesday evening game on May 27.

D.C. United was ranked first in the Eastern Conference and the Portland Timbers were ninth in the Western Conference. This was a big game for the Timbers.
With the excitement from the Timbers Army, no time was wasted in getting a Timbers goal. Forward Gastón Fernández delivered a superb cross for forward Maximiliano Urruti to score around the four–minute mark of the game. After the game, Urruti commented that the goal was 50 percent his and 50 percent Fernández.

“Our goal was to come in aggressive and we scored a goal four minutes in and that was the difference in the match,” said head coach Caleb Porter, during a post-game press confrence. He thought they probably should’ve had a couple more goals as the Timbers kept threatening the D.C. defense. Impressive saves by D.C. goalkeeper, Bill Hamid, kept the Timbers to one goal.

One goal was enough for the Timbers to defeat D.C. United. “You can lose energy when you’re not getting results and when you do that you’re dead in the water,” said Porter.

Team captain Will Johnson, who had been out with a broken leg, made is debut, adding a Cinderella element to the game. Being a part of a win was huge and what mattered was the win itself.

“It’s not about me, it’s about three points for this club. We needed it badly to get going in the right direction quickly,” said Johnson. “We spoke about urgency this week and I think that’s what you saw at the start of the game.”

Across the street from Providence Park, is the Cheerful Bullpen. Bar manager Amy Hart said, “The Timbers Army is really funny. They are super loyal customers and they come out every single game no matter what. Dedicated is the best way to describe them.”

Even with the game across the street, Hart has experienced a crazy loud bar during games with only a couple of people watching at the Cheerful Bullpen. A Timbers win only creates a more exciting atmosphere at the bar.

However, the Army was not afraid to show their discontent for the lackluster performance of their team so far this season with a few large banners. One read “Same as it ever was” under a red line. Another stated “Keep calm all we really want are some goals.” The last time the Timbers finished above the red line was in 2013 when they were first in the Western Conference.

When asked if this discontent was concerning, Johnson said, “No, it would be concerning if it wasn’t there. Nobody in this locker room has ever put their hand up and said where we are right now is good enough.” The team knows their fans deserve better.

The Timbers faced a quick turn around as they travled up in elevation to play the Colorado Rapids on Saturday, May 30. In preperation for Saturday’s game, coach Porter rotated five of his players during the D.C. game so the team would have fresh legs against the Rapids.

In the 38th minute, Fernández scored his first goal of the season with the assist from Urruti. The Timbers kept their 1-0 lead until the Rapids scored in the 89th minute. With three minutes of stoppage time, the Timbers refused to settle for a tie as defender Jack Jewsbury scored the game winning goal in the third minute. The goal was the latest road goal, during a game, since the Timbers became a MLS team.

The Timbers first game as a MLS team was in Colorado back in 2011 and Saturday was their first win at Colorado as a MLS team. The win also launched the Timbers into sixth place in the Western Conference, boosting them over the red line.

The Timbers next game will be at Providence Park on June, 6 at 7:30 against New England. 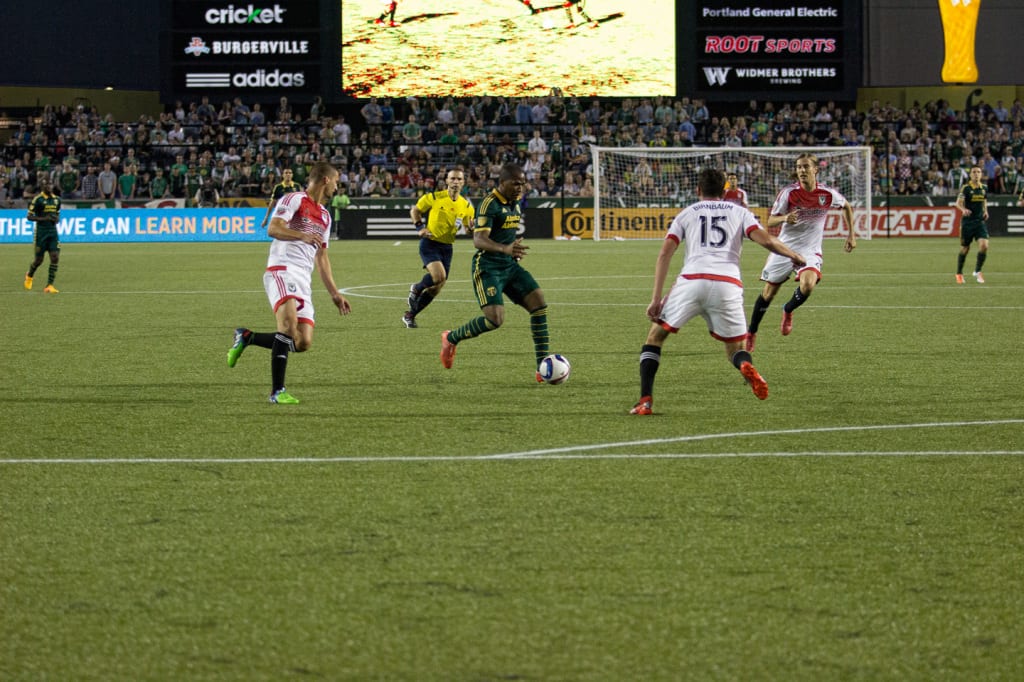 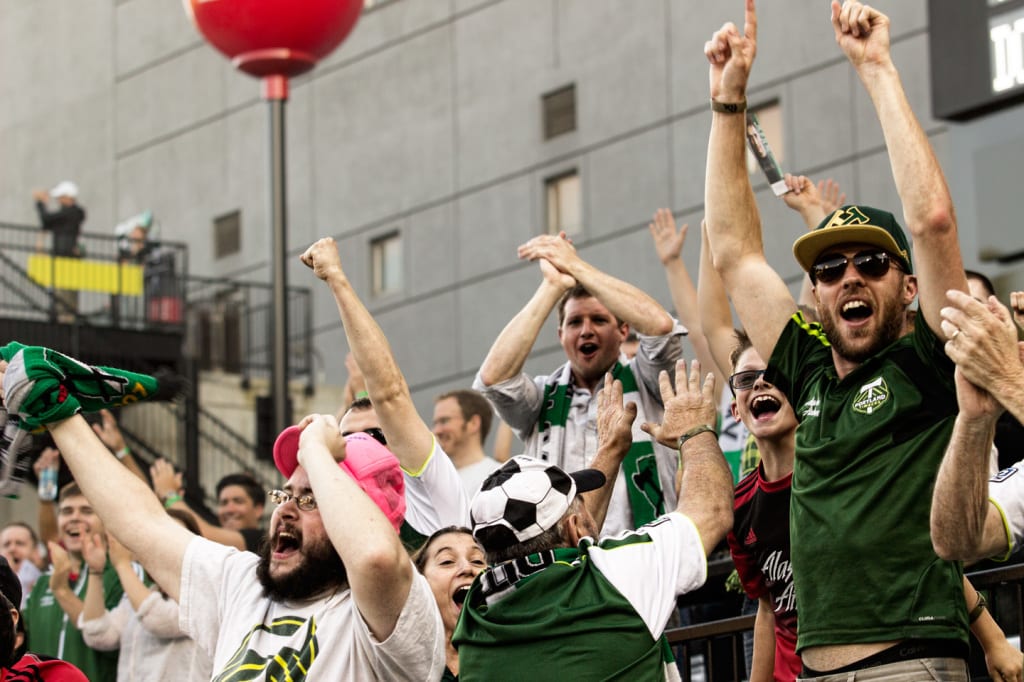 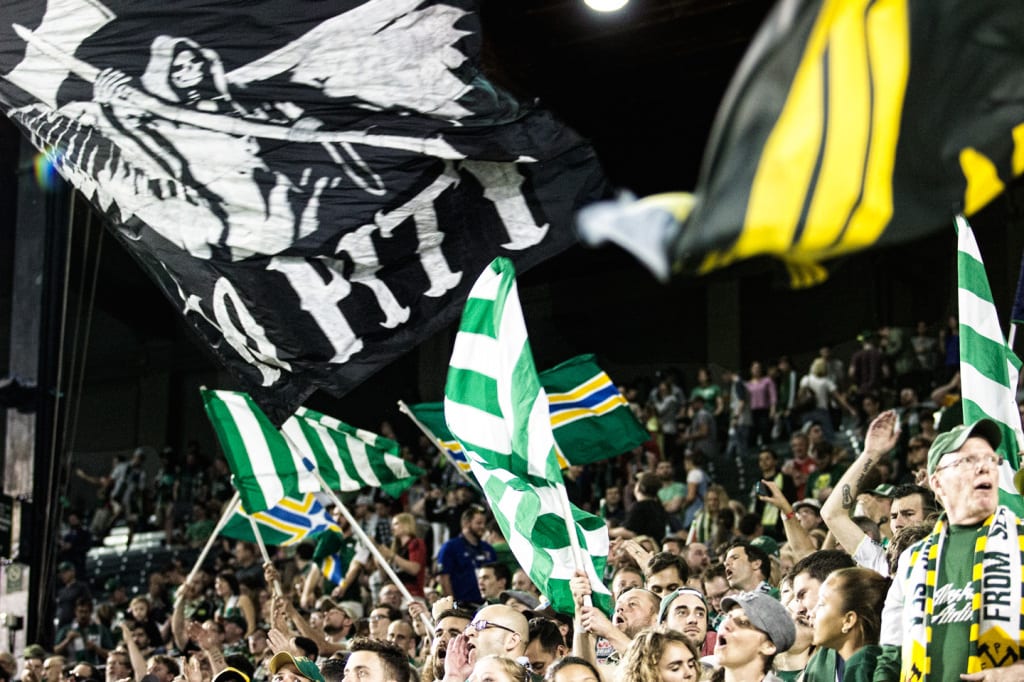 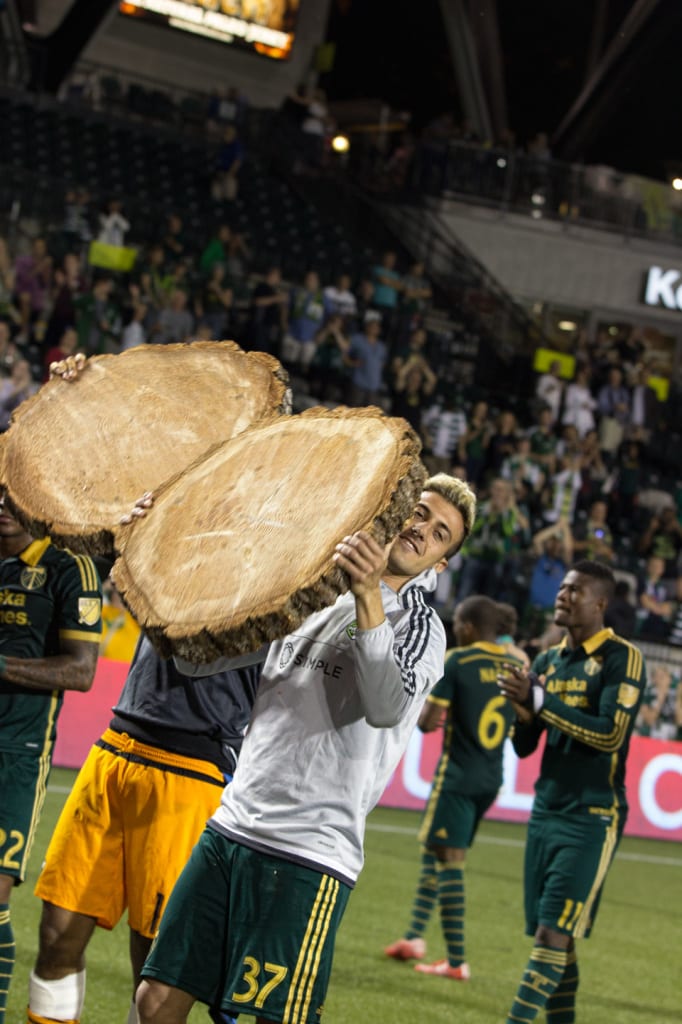