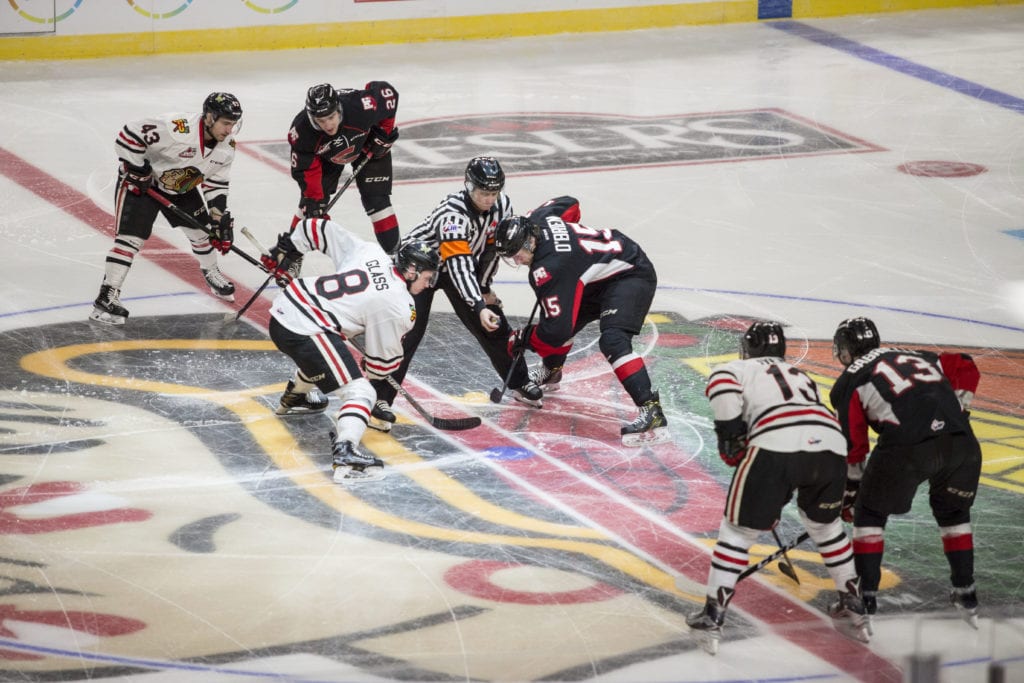 The Portland Winterhawks defeated the Prince George Cougars by a final score of 5-4 at the Moda Center on March 8. The Hawks have now won four games in a row and are 6-3-1 in their past ten games.

With the win, and a loss by the Spokane Chiefs, the Winterhawks clinched the eighth and final playoff spot in the Western Conference. Portland can still catch the Tri-City Americans, who have a total of 79 points.

“We’re a couple of points behind Tri-Cities, so it would be good to catch them,” said Ryan Hughes. “We’ve got some divisional teams here to play next, and it’s a good statement going into the playoffs.”

With only a handful of games left in the season and less and less games to earn points towards the standings, teams who have clinched a playoff spot are looking to secure a possible division title as well as seeding in the Western Conference playoff race.

Entering the game, the Cougars led the B.C. Division with a total of 89 points and had clinched a playoff spot several weeks ago. The Portland Winterhawks were in the eighth and final spot in the Western Conference with 74 points, still fighting for a chance to be in third place in the U.S. division.

Both teams scored two goals a piece after the first period of play.

Portland got off to a fast start early in the game, scoring two goals in the first nine minutes.

The Hawks’ centreman Cody Glass gave the team their first goal on the team’s first shot of the game. It was Glass’s 28th goal on the season. Glass then went on to assist on the next Hawks goal, scored on a tight-angle shot by Skyler McKenzie. It was McKenzie’s 38th goal of the season.

Prince George then got on the board with a power-play goal by Aaron Boyd followed by a goal from Brendan Guhle at 18:48 of the first period on an odd-man rush.

Each team traded a goal in the second frame. Fifty-six seconds into the second period, Jesse Gabrielle gave the Cougars a 3-2 lead, scoring another power-play goal. Prince George finished the night 2/5 on the power play.

After blistering Prince George’s goalie Ty Edmonds with 13 shots in the front half of the second period, Winterhawks’ right winger Keegan Iverson knotted the game at three a piece.

Later, Ryan Hughes of the Hawks and Tate Olson of the Cougars each went off for a matching minor penalty for roughing in the third. Glass scored his second goal of the game 31 seconds later to give the Hawks a 4-3 go-ahead lead.

Glass finished the game with two goals, two assists and a +4 rating. Glass commented about his game against the Cougars.

“I think i’m a ‘pass first’ kind of guy, so once I get a shot on net I think I’m a lot better,” said Glass. “With my shot, I use it a lot more obviously. I picked two corners with [Edmonds].”

Joachim Blichfeld went on to give the Hawks a two-goal advantage after scoring a one-timer like goal at the 8:09 mark of the third.

“Blichfeld’s goal was right in the slot,” said assistant coach Oliver David. “That was an area we were trying to expose.” 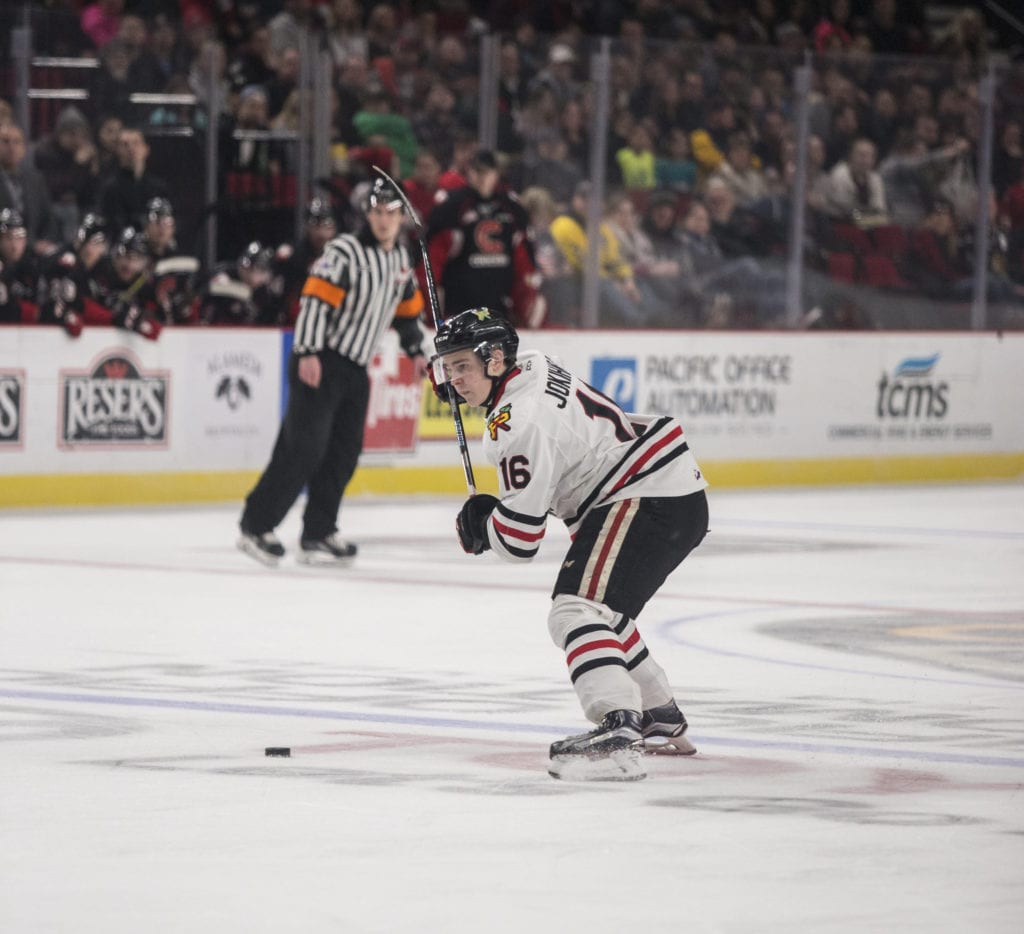 Blichfeld’s goal ended up being the game-winning goal on the night.

David thought that his team executed the game plan well.

“I think we played excellently,” David said. “Game plan was executed very well. Kyle Gustafson put together the bulk of the game plan tonight, and it was done well. Our guys were able to come through with a full 60 minutes.”

The Portland Winterhawks will advance to the playoffs once again. Portland has made the postseason every year since the 2009-2010 season. That stretch includes the four straight Western Conference championships, as well as the 2013 Ed Chynoweth Cup team who ended up losing the 2013 Memorial Cup final to the Halifax Mooseheads.

The Hawks have six games left to try and improve their own seeding in the division as well as the conference. Two of those are against the Seattle Thunderbirds. They’ll also play the Spokane Chiefs to end the regular season on Sunday, March 19 at Veterans Memorial Coliseum.

“Were down for some competition,” said David. “If [playoffs] were to start today, we would be on a big upswing; and if [Prince George] was our opponent, we would feel very confident.”