The weather is starting to cool down in Oregon, but our soccer season is only getting hotter. The Cougars are enjoying a decent start to their season and have their eyes set on the playoffs at the end of the month.

The freshman-heavy squad has a 4-2-1 record in its region and an overall record of 6-3-1 going into the game Wednesday, Oct. 11, against the South Region-leading Clark Penguins.

After three consecutive underperforming seasons, the team is looking to take the league by storm.

“We started off pretty well, we have a good group of girls,” said Miriam Coto who is on her ninth season as assistant coach. “It’s just a matter of trying to motivate them to play their hardest every game.”

The team has begun with wins over Southwestern Oregon, Lane, Rouge and Portland community colleges while suffering a loss against first place Clark and a tie against Chemeketa. With the team’s hot start, they sit second in their conference currently.

The team is off to great start compared with the previous year, and one big change is the influx of players onto the team.

“We had a good team last year but there was no motivation,” said Coto. “We had fewer players so it was hard for them to try hard at practice when they knew they were going to play.”

This year the squad includes 16 freshmen and four returning sophomores. With this large of a squad, they are looking at no shortage of players. When asked if she relied on any players in particular, Coto did not seem to have any individual standouts.

“Everybody is just different,” said Coto. “I think it’s just a matter of coming together and actually playing together as a team. There’s not one individual that’s [going to] step up. They all have to step up. And that’s how we’ll win.”

The players also seem to be in good spirits going into the second half. While the majority of the team are freshman, they do not seem to be suffering from the lack of experience and are optimistic.

“I think our season is going well so far,” said freshman forward Eileen Reyna. “We’ve had some rough games but so far it’s good. We’re working on our communication and connecting passes and working as a team.”

“I hope we can come around and either take second in league or take over Clark … as long as we grow and work hard I think we’ll be successful,” said Houston. 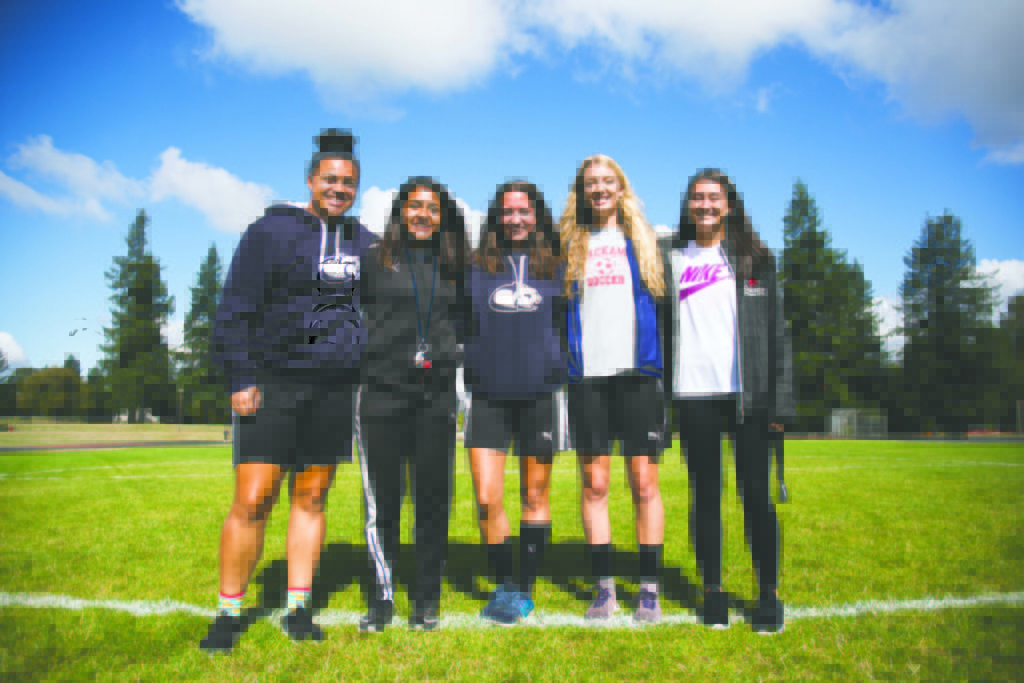