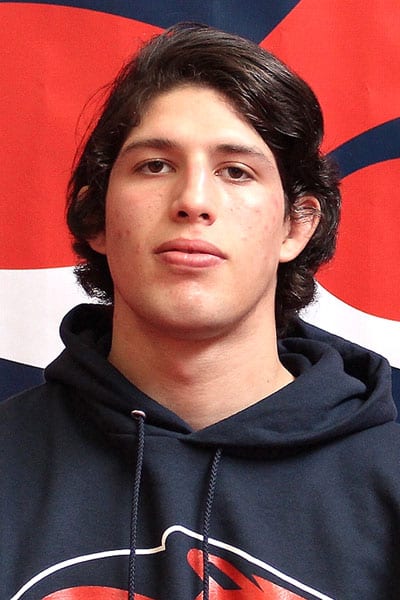 When Ralph Tovar’s wrestling team was jerked out from under him, he decided to take a break from his goals and he eventually left Grand Canyon University. Tovar had two buddies that started at Clackamas right out of high school. Tovar decided to relocate to this area. He was staying with his friends about 10 blocks from campus, so he decided to try out a class or two at the college. One thing led to another, and Tovar began wrestling for the Cougars.

TCP: Where are you from originally?

Ralph Tovar: I was born in Visalia, California.and went to high school in San Diego. When I graduated I was ranked sixth in my weight class for senior. I had a couple of offers. But GCU was just starting out with a new program, and I thought it wouldn’t be too tough, but the coach was pretty tough.

TCP: What was it like for you when you found out your wrestling program was dropped by GCU?

Tovar: It was a giant shock to me and all the wrestlers. When something you have been doing since you were five years old is suddenly pulled out from under you, well I didn’t know what to do. We were all taken aback at what happened, and all the wrestlers on the team really had no idea where to go or what to do about it.

TCP: How did you end up wrestling here at Clackamas?

Tovar: It was crazy actually. A lot of things aligned. I was having a tough time at GCU, and I was thinking about taking a step down for a year to try and get my wits about again. My two buddies, Colt and Andrew, were both wrestlers. We all went to the same high school and they were already going here to CCC. I talked to them after doing a couple of other recruiting trips, so I just came and stayed with my buddies. When I came here to CCC they were still in a semester, so I got in on a class late and took two online classes. I called my mom and canceled my flight and just took a little vacation.

TCP: What has been the hardest thing for you to adjust to since you came to Oregon and joined us here at CCC?

Tovar: Well yes, like today it started snowing; and being used to San Diego and then Phoenix where weather is not really a factor, I really didn’t pack the right clothes after living where I have been. All my jackets are dirty, too.

TCP: What, if any, kind of problems has this relocation caused for you?

Tovar: Coming from the sixth biggest city in the U.S. and living where I did, and then leaving to come here has been a giant change of pace for me. I am used to the big city living.

TCP: When you finish here do you have any goals set for yourself?

Tovar: I don’t want to spoil or waste any of the gifts I’ve been given, so wrestling will definitely stay in the picture. I want to keep my options flexible but with a goal in mind. Right now I think I would like to be a teacher, so I want to get my degree and wrestle for a four-year college.