Wrestlers ready to return to the mat 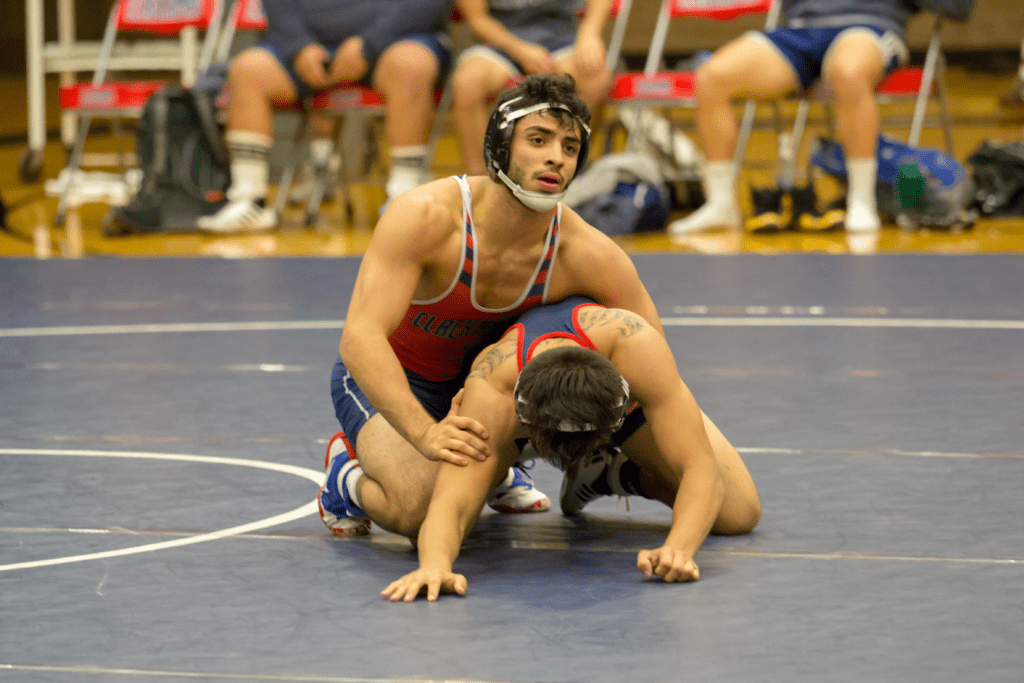 After finishing the 2017-18 season as the No. 2 NJCAA wrestling team in the nation, the Clackamas Community College mat men are back in action and

as always, expectations are high.

After a summer of intense training, the Cougars are hungry to prove their selves as cream of the crop.

“I trained and trained like an animal,” Ozuna said. “I wrestled a lot, I ran a lot and I lifted a lot. I just kept working.”

October 26 was the first chance to see the Cougars in action as they competed in the annual Scarlet and Navy inner-squad exhibition.

One of the matches that surprised Rhoden was the 133-pound bout that pinned true freshman Jason Shaner against Nate Johnson. Johnson was an honorable mention for All-American accolades in 2016-17, but Shaner was able to best him 13-4 in their exhibition match.

“In the third round, I took him down and got four points for a near fall,” Shaner said. “It was a good hard match.”

Shaner has big goals of his own wanting to gain All-American accolades and hoping for a national championship for him and the program.

Clackamas is a little banged up for the opener according to Josh Rhoden, but he is confident that the next man up will be ready for the opportunity.

“We’ve been hurt a lot recently. A lot of our scholarship guys are out right now,” Rhoden said. “We’re going to have a lot of guys who came here looking for an opportunity and their going to get one next week.”

Rhoden is excited to see how good his group is, but admits that  winning a championship at all costs isn’t worth it.

“Obviously we want to be able to say we can compete for a national championship. Do we want to win one? Yes, but at all cost no, because we’ve fallen into that trap before,” Rhoden said. “If we can say we’re competing for a national championship at the end of the year it makes it way more fun at the end of the year. Some years you just get beat and that’s sports and we have to acknowledge we’re playing a game. Hopefully they’ll buy into the Kool-Aid we’re selling.” The Cougars open up the season 713 miles away from campus as they look to take down Western Wyoming Community College on Friday before traveling to Laramie, to compete in the Cowboy Open at Wyoming University on Sunday.