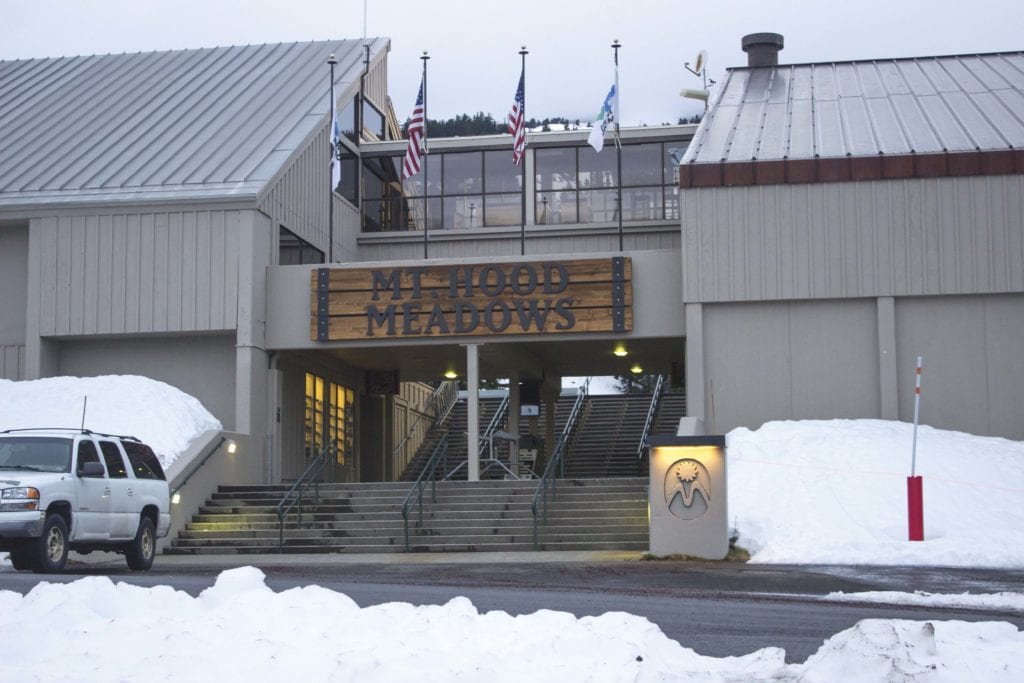 Story and photos by Victoria Tinker

Finals are upon us and soon you’ll have a lot of free time on your hands. This winter break hit the slopes and destress with skiing, snowboarding or tubing at Mt. Hood.

If you’re new to snowboarding there are plenty of options, that can be overwhelming. Even though there are lessons at every lodge, my favorite to learn at was Mt. Hood Meadows.

Meadows has a very small hill with a conveyer belt, like what they have in the airport, that will bring you back up the hill without the fear of getting off the chair lift.

Once you feel confident enough to try the next smallest hill, it will be a bit intimidating, but it gets you off your butt and onto your feet. It’s a longer hill so you can really figure out how to carve, turn and stop before you’re back to the bottom of the hill.

The hill will also bring you right back to the bottom at the lodge, so there is no fear of accidentally taking a run you’re not ready for.

If you haven’t already bought a season pass, it’s not too late.

Night skiing is anticipated to open sometime mid December for all the lodges, and can be the more economical option, all while fitting into your school schedule. So you get the best of both worlds.

Although all of the lodges have night skiing, Mt. Hood Skibowl is probably the coolest option. They tend to have a well populated night life on the mountain, plus the have ladies night. Ladies can shred the gnar for only $24 every Tuesday night for the season, excluding Dec. 19 and 26.

Skibowl hopes to open by the weekend of Dec. 2, weather permitting for all operations.

If you’re not into skiing or snowboarding, Skibowl offers another fun way to hit the slopes. By innertube.

Jim, who declined to give his last name due to confidentiality of employees at Meadows, said the season is anticipated to be way better than last year.

“The amount of snow that we’ve had at the end of October, wasn’t even close to what we had last year,” said Jim. “The season is barely even started and we already have a ton of snow out there. Last year the season ended the first week of May, so hopefully this year we can maybe go a little bit longer than that if the snow stays really good.”

Meadows opening day was supposed to be Nov. 24 but warm rain hit the mountain on Nov. 23 and derailed their plans to open.

“I like to be outdoors and I like to go fast,” said Karissa Timm, a student at CCC . “It’s something I grew up with, so it’s kinda my happy place.”

Timm snowboards at Meadows, because growing up her mother worked at the lodge, and she also got the opportunity to work at Meadows for a season in the kitchen as an expo in one of the restaurants.

“I choose Timberline, because it’s the closest lodge to my house,” said Willwert.

His favorite run at Timberline is Jeff’s Flood. “Off of Jeffs Flood, in the forest there is a little spot called the bone zone, which is basically like a half pipe in the forest and you can just rip hard in over trees and it’s just so much fun,” said Willwert.

Timberline was open for weekends in October. In early November they opened all the lifts, but as of Nov. 25, they are only running two lifts, Bruno and Pucci.

At this point, none of the lodges knows what they are going to have open on a day to day basis until they get more snow.

According to Mary Jean Williams, an instructor at CCC, Mother Nature is in charge of how the season goes, so it’s not off to a great start.

The 160 inches Timberline had at base have rained away to about 13 inches.

“My first patrol day is supposed to be this Saturday [Dec. 2], and they’ll let us know on Friday whether there is enough snow to open,” said Williams, a ski Patroler at Mt. Hood. “I’ve loved this service for over 10 years and highly recommend it.”

“The apprentice year was overwhelming, so much training. But the skills have been so helpful. Not only do we rescue a lot of hurt people on the mountain, but the skills have also come in handy during accidents and illnesses we’ve witnessed in the normal course of life,” said Williams.

Tryouts happen annually and involve an application, an interview and ski tests for those hoping to be sled pullers. Anyone interested can go to mthoodskipatrol.org, and click on “Join Our Patrol.”